UPDATE 10/20/17: LimitedRunGames has received approval from Nintendo to publish retail games on the Nintendo Switch!

Excited to announce that we've been approved to publish retail games on the Nintendo Switch.

Our first release will hit in 2018! pic.twitter.com/40ARFrqLJv

I’ve talked a lot on here about LimitedRunGames, and a little about IndieBox, and how I think companies like these are helping save the physical release. While they have some light competition, for the most part, they represent somewhat of a monopoly on limited print physical releases for the Playstation 4 and Vita. Buyers of these physical releases, which typically are far cheaper digitally, are generally a tiny niche market of gamers who prefer physical copies, collect games, or are simply big fans of the games who want to show monetary support towards the developer and “double dip” by picking up a physical copy to complement their digital one.

It’s hard to ignore the glaring lack of retail releases for the Nintendo Switch, and as a player who rarely buys anything digitally aside from the occasional 75%+ off Steam sale, it’s something that concerns me a fair bit. To be clear, it’s not that I’m even looking for games right now, it’s that I’m looking far into the future and all I’ve got planned for purchase is Mario Kart 8 Deluxe, Xenoblade 2, and Super Mario Odyssey. And I am Setsuna which will be a Japanese import because why would they release it in the west, I don’t know.

The region unlocking in the Switch may end up being its savior, and as soon as used copies of Japanese copies start showing up on eBay, I will have to part with a few dollars to add to my collection and grab some cool games. But still, waiting to buy games from outside the country is not a great selling point for a system. They need physical copies, because there is a huge part of the market that still wants physical games, and there will be for a long time.

And that’s a great segway into what prompted me to write this article: this interview with LimitedRun that was released yesterday [as of this writing]. Essentially, it confirmed that the two-man operation will continue their journey to put out Vita releases indefinitely:

We’re going to support the Vita until Sony tells us not to, so you don’t ever have to worry about Limited Run saying “We’re done with Vita.”  If we say that, that means that Sony told us.  We’ll be here for the Vita until it’s absolutely dead.

It’s comforting to hear those words, speaking as someone who loves his Vita and his collection, a good portion of which are LimitedRun copies. However, from a purely economic standpoint, one can’t ignore the fact that the Vita is being propped up by a few small indie operations, including LRG themselves, who are still giving the Vita the love it deserved. But of they ceased operations, it would be taken as a huge middle-finger to fans of the Vita. While representatives for LRG have been quoted themselves as saying that the Switch would be “a nice place for Vita fans to re-locate,” at the current time, there is admittedly not much of a draw for them to do so, especially in light of the fact that very few physical releases are planned, and that there are still a ton of physical buyers out there.

Given the portability and the familiar form factor, I’m on board with the idea that the Vita is superseded with the Switch. In fact, every time I hear about a new indie being developed for the Vita, I subconsciously hope it also comes to Switch, or that the developer changes direction to the up-and-coming console rather than the one that’s on it’s way out. Let’s be honest – new crisp hardware with a bigger screen and engine? Who wouldn’t prefer to play on it? But then it always comes full circle when I realize: there’s no one making physical copies for indies on the Switch. So I ask again – who will step up to the plate?

I’ve had tons of fun with my digital copies of Fast RMX, Blaster Master Zero, and more recently, Human Resource Machine, but I’m holding off on purchasing anything more, what with my physical Vita collection looking sexy but needing some attention. While the price for producing Switch cartridges has been reported as being rather high, there are still people with money to spend on these games who will gladly pay a higher cost to get their hands on a piece of history, rather than letting it fade in non-existence.

Earlier this year, Josh Fairhurst from LimitedRun was quoted in an interview: “I think we [as an industry] are actually quite reckless with preservation. The vast majority of games released now are digital only and when the servers they’re stored on get shut down, they’ll all be gone forever,” he said. “Sure, many of these games may not be super popular or even that great, but each game is still a part of the history of our medium. We need to be more vigilant about getting these games preserved in physical formats so future generations can enjoy them.” His company does a tremendous job of preservation of games on the Vita – I only hope they or someone else can do the same for the Switch. 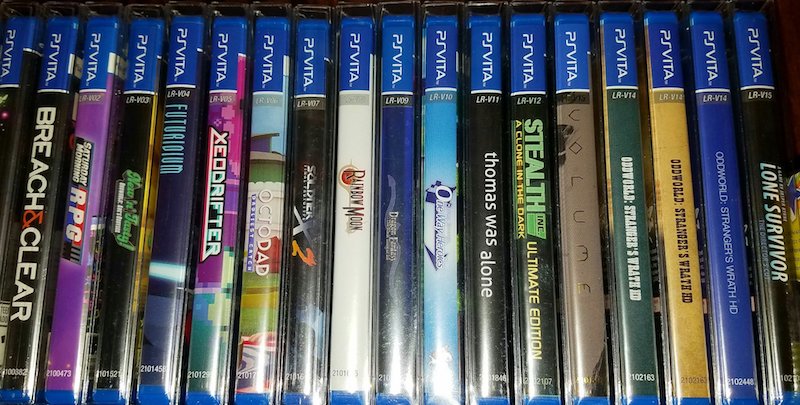