I decided to do a quick post as I was inspired by a blog entry over at PlayingWithThoughts. In said entry, Dylan describes his plans for the upcoming month, putting gaming on hold, in favor of other scholarly pursuits. In particular, exercise, reading, and writing. I think this is absolutely terrific and something that a lot of gamers need to do.

Of course, this post isn’t directed towards everyone. Most of this audience is old enough to have a million responsibilities, and so gaming time is already a luxury. It’s hard to get burned out of something if you struggle to find time to do it! But this is for those younger folks with all the time in the world who burn themselves out, and it applies not just to gaming, but any other hobby that they allow to mutate into a lifestyle.

I actually had a post planned several months ago that I messed around with now and again, but I never actually found a real point to it. I ended up trashing it, and yet today the topic has been hand delivered to my WordPress feed, so I felt like it was time to rehash it!

Taking a break from gaming is what I think every gamer needs to do at some point.

I see it all the time. Posts on NeoGAF and Reddit mostly, from desperate sounding gamers explaining their plight that they can’t find a game that interests them anymore. Oh, the horror!

Those folks are who I’m directing this post towards.

They’re “growing out” of gaming, they claim. They sound like a drug addict complaining that the dope isn’t making them feel anything anymore, and they need something stronger, better, harder-hitting.

The replies to the posts are generally in one of two camps: “try this game,” or the often ignored “take a break from gaming.” I say “often ignored” because this is solid advice yet I feel like no one ever takes it or even acknowledges it as a possible solution. They want a quick fix to feel that amazing feeling of falling in love with a game again.

Does this describe you at all? Then let me ask you – when is the last time forcing yourself to like something worked out? Pro tip from someone who’s tried: it doesn’t work that way. Like a rebound you meet mere hours into university after ending a relationship that began in the tail-end of high school. It ain’t gonna last.

Keep in mind that I know this won’t describe everyone. From what I can surmise, this issue happens most commonly as people graduate college – not so much from 25-35, but from the 18-25 crowd who are just discovering themselves without the responsibility of school. You graduate college, you get a job (hopefully), and you don’t know what to do with time outside work. Without the buffer of a constant social life that college affords, and schoolwork to worry about, you have dangerous amounts of free time.

Let me tell you a little story about me.

A few years ago, when I was about a year out of college and working my first fancy big-city job, I decided that I was a wimp and needed some scars. I didn’t do a whole lot aside from gaming and watching movies, and one day it just hit me.

For some reason I got the idea in my head that I needed to buy a dirt bike, since I had loved the sport since I was a kid and had money from said job. I figured it was the most dangerous thing I could get into (I was pretty dead-on, actually), so I called up a buddy of a buddy who rode dirt bikes. I ended up buying his old bike, and I got big into riding, eventually that led to racing harescrambles – I’d created a new hobby off a whim, and it became a passion. I ended up buying a new dirt bike a few years later, and regular street motorcycle on top of that. Learned how to work on engines, and now I can do basic engine maintenance on my lawn equipment and all of that. All on a whim.

Eventually, on another whim, my girlfriend (who is now my fiancée) and I went mountain biking, and loved it so much we bought bikes, which exploded into another passion. Now I ride road, trails, and downhill. My garage is filled with toys.

I also got super into lifting weights and exercise, which keeps me feeling young, healthy, and allows me to do all the aforementioned hobbies I love, crash motorcycles and bikes into trees, and still get up the next day and go to work. Ok, occasionally I’ll break my hand.

Recently I bought a house and I’m getting into power tools and some minor woodworking, if I can ever find the time on top of all the other stuff I just listed.

So what’s the point of all of this? It’s that having all your eggs in one basket is a bad idea. I’m not telling you to go get into my hobbies – they’re my hobbies. The point is the world has way too much to offer to pigeonhole yourself so that you get bored with gaming when you’re 25, and write them off as “I got bored of them.” I saw myself getting bored and in a single year came out with like 9 new hobbies. If I can do it, you can do it.

You should never be bored of anything. Boring people get bored. If you are bored of a hobby, stop doing it and find something else. It’s 2017 and there are a million options for entertainment.

You guys know me as Geddy from Nostalgia Trigger, the blog that talks about gaming stuff. But there’s a lot of things that happen before I play games or write about them. And almost none of those things are gaming related – but the long absence from them makes me want to play them more. I stayed up late to work on my second review for The Well-Red Mage, because I was busy putting new pins in my mountain bike pedals for this weekend. When I get cleared to lift weights again after my hand surgery, I’ll be back to having less time to blog. That’s how it goes – and it keeps me wanting to enjoy my hobbies, and not just going through the motions.

On that note, hobbies and tastes change. I love gaming and collecting, but I know I won’t still be visiting Goodwills looking for boxed copies of old Blizzard games even by next year.

The overlying issue I see a lot of the time is that gamers tend to have an “all or nothing” mentality. “I can’t stop playing games, because then what would I do?” You need to get more hobbies!

Stop treating gaming like it’s a lifestyle, and you won’t get sick of it.

Start hitting the gym. Go hiking. Meet friends and play some basketball. Join a local baseball team. Get into robotics. Put together a model plane. Buy a damn gun and go to a range and shoot some things. If gun ownership isn’t legal by you, rent one from the range and blow some stuff apart! It’s REALLY FUN. It’s 2017 and within thirty seconds from almost any location in the world you can open your fancy phone that everyone has, and find people to meet, or if you’re the introverted type like myself, find plenty of good stuff to do solo.

A hobby is supposed to be supplementary to your life and improve it, not be a single focal point that eventually burns you out. Have 5 hours free? Great! Spend an hour gaming and do something else for the rest of it. Make yourself want to play games, don’t just default to playing them because that’s all you know.

We’ve all got a friend who insists on drinking Miller Lite. All these incredible beers in the world, and this guy just wants his boring Miller Lite. It’s OK to like Miller Lite, but step out of your comfort zone sometimes and you might learn a thing or two about yourself. In my case, I learned I have a hankering for adrenaline and I’m really good at injuring myself.

One more thing – if you explain “I grew out of gaming” to a group of gamers, you didn’t grow out of it. Growing out of something happens naturally. In other words, you don’t “feel bad” about growing out of something. You didn’t wake up one day and decide not to use diapers. You grew up. That happened without intervention. You didn’t go on forums where grown adults wear diapers and try to explain that you “grew out” of them, because if you really grew out of it, you wouldn’t be on the forum explaining to a group of adults you know anonymously that you don’t wear diapers anymore.

The very fact that you’re still hanging out on gaming sites explaining that you’ve grown out of video games says to me that you still want to like video games, you’re just burned out and want validation that it’s the hobbies’ fault, and not your own. Just take a break, chief! They’ll be there waiting for you when you miss them enough.

It’s not your lifestyle, it’s your hobby. Take a break from it and branch out. Your sanity will thank you for it! 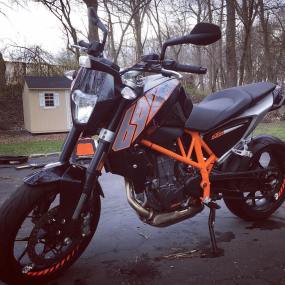 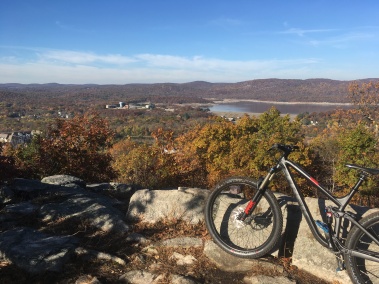 Mountain biking past the same place I proposed to my girl, one year after the fact.