Snowy levels are a hot topic this time of year! Fellow blogger Scott of Insert Memory Card posted a great list of his favorite snow levels while this article was in progress, so if you haven’t checked out his list yet, check it out here!

It’s that time of year again, folks! The time when we look out our windows and are filled with glee at the sight of a lovely snowfall, from its initial flurry stage, to a full-blown blizzard that impedes visibility, to the point where it gets packed into the pavement and creates elevated treachery on your nation’s roadways. Assuming you live somewhere that it snows, of course.

But what snow really does to me is fill me with a childlike whimsy. It’s not so much what I like to do in the snow, as now that I’m an older fellow it usually involves shoveling or in some way relocating it in some capacity, but there is definitely comfort in the quiet solace of a snowstorm. I’d wager it has something to do with an association with Christmas, but even after the holidays I still enjoy it. At least until it becomes bitter cold in February, all my outdoor hobbies are 100x more difficult if not impossible to enjoy, and there’s nothing much else to do but sit inside and cry while hoping your tears don’t induce hypothermia.

At least there are always video games when you’re stuck inside during the ever-increasing seasonal and eventually permanent ice age, right?

Here are some of my favorite wintry levels in gaming. The levels that take me right back to being a kid, and looking out my bedroom window to the sight of white, peaceful bliss falling from the sky.

One of my earliest memories of a Christmas-themed level has to be from Rareware’s quintessential platformer: Banjo-Kazooie. Purchased for me out of a sheer educated guess based on the box art by my mother, Banjo-Kazooie always holds a special place in my heart. What stood out the most to me as a young kid was just how perfect the music was – the way that the music always seemed to match the mood in each level, to the attention to detail, like how the music became muffled when you were underwater. Even as a kid, I picked up on things like this, and that just blew my young mind.

Of course, when discussing the best music in Banjo-Kazooie, Freezeezy Peak always comes up near the top of the lists. The musical instruments involved with this track seem to be borrowed from every Christmas song ever heard growing up.

Of course, while the pumpin’ holiday music played a huge role in the atmosphere to this level, nothing created more of a Christmas vibe than Sir Slush, the gigantic snowman in the middle of the level who housed a puzzle piece in his pipe! Of course, in case you are imagining this game through rose-colored lenses, it was actually a huge pain in the ass dealing with this snowman, but nevertheless Rareware created a beautiful Christmas atmosphere that still tugs on my heart-strings to this day. 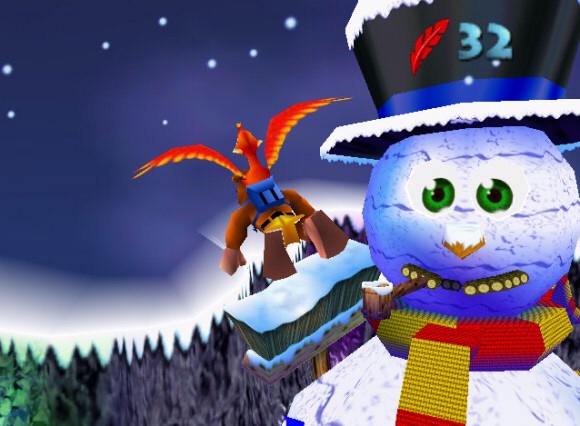 In the mystical world of Azeroth, you will find a snow-covered region known as Winterspring. This dense piece of the map is home to all manner of cold-weather creatures: polar bears, snow leopards, and yetis roam every corner, while goblins in nearby villages enter territorial disputes and attack players on sight.

Perhaps this isn’t technically a “level,” but it’s still a favorite zone of mine!

In my short stint with World of Warcraft, Winterspring was one of my favorite zones to hang out and search for new pets, particularly as I played throughout the holiday season. I met lots of other fellow Hunters there, as we chased after rare pets to take with us on our travels.

As I’ve written about before, I have many good memories of meeting good people in Winterspring, and the weather effects that brought about occasional snowstorm were a nice touch to a very peaceful area. One of my favorite parts of Winterspring were all of the hot springs where people used to hang around and chat. It all made for a very cozy atmosphere that I’d love to revisit again some day!

I received this game as a Christmas gift many years ago, yet somehow managed to completely avoid playing it until about two years ago during my “catch up with all the games I own but never played” phase. Generally speaking, this phase was centered around the GameCube and Nintendo 64, but Metroid Prime stands out as being in my top 3 favorites that I caught up on that year.

One of the main reasons for this was the soundtrack, arguably some of the finest work in the franchise. However, while the worlds all melded together and transitioned beautifully, none stood out more than the wintry lands of the Phendrana Drifts.

This zone had some of the most ambient and calming soundtrack of any Metroid zone out there, with gorgeous snow-capped rock pillars giving a more peaceful look to the corruption and evil that lay within. It stood as a healthy contrast to zones like Magmoor  Caverns and the Chozo Ruins – learning that you needed to backtrack to Phendrana was always a gift because it allowed you to tune down the tension brought on by hours spent in the perpetually treacherous lava-filled corridors of the rest of Tallon IV.

The subtle ambience paired well with the light snowfall gave the player a moment of relief before returning to the other dangerous environments, and remains my favorite zone in any Metroid game.

Snowpeak Ruins is one of my favorite levels of all time, and the fact that it’s actually a giant dilapidated mansion inhabited by yetis at the end of a snowy mountain and an awesome snowboarding segment serves to solidify that fact. 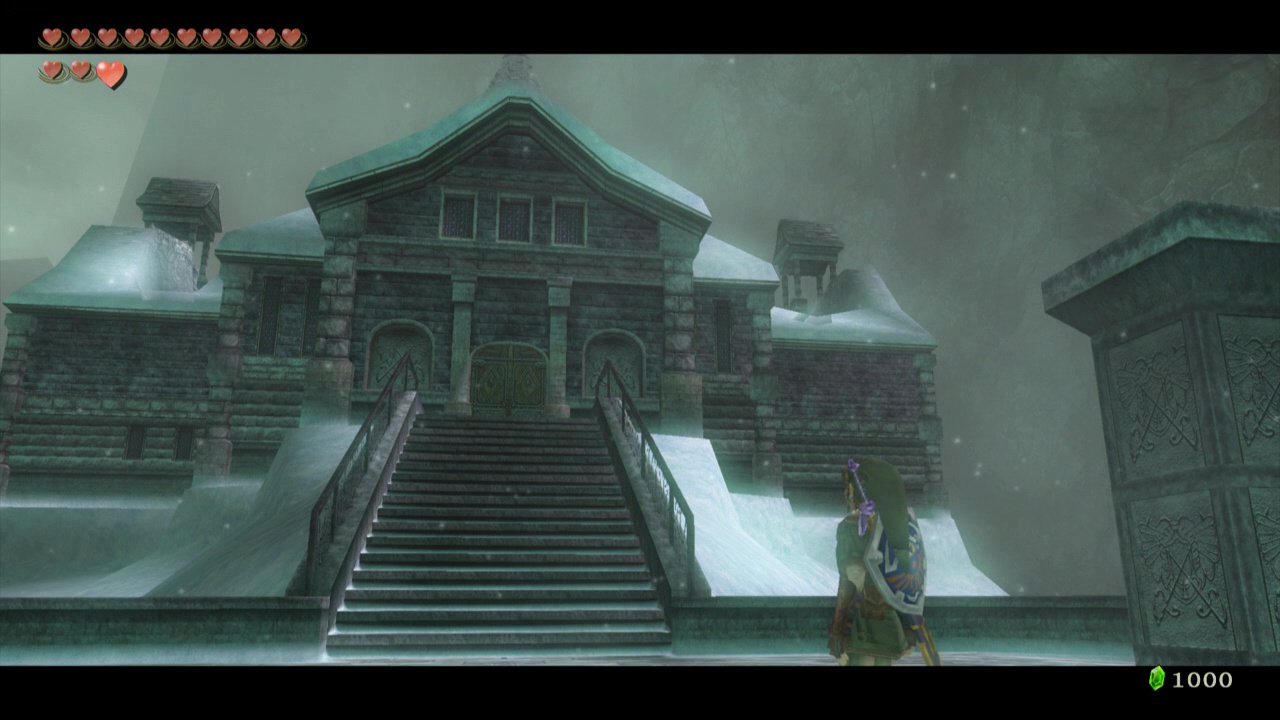 Upon entering, you learn that a yeti is trying to cure his sickly wife with a special batch of hot soup. Throughout the level, Link’s main purpose is to find the key to the Master Bedroom to find the Mirror Shard, and along the way he will find a pumpkin and some cheese to improve upon the soup formula.

The music is relatively subtle in this dungeon, with a low instrument count that sets the mysterious vibe as you seek to explore the secrets found within. It manages to keep with the “wintry” feeling of Snowpeak Ruins with the use of chimes that sound like they were pulled right out of a Christmas song.

This level always stood out to me because of the yetis, which I won’t spoil the level for you, but has a strong connection to the final boss, makes this gigantic mansion feel less lonely for Link. Zelda dungeons historically aim to make the player feel that of being lost within a labyrinth with only a vague goal and your own wits. It takes me back to the Ocarina of Time days, matching the mystery of another one of my favorite Zelda dungeons – the Forest Temple!

Having a little old yeti couple around, making soup on a cold winter’s day of all things, always made me feel at ease after the tension builds from exploring the endless corridors, of course, until you get to the final boss!