I play, collect, and write about video games on nostalgiatrigger.com.

Bravo, GameFreak, You Got a Grown-Ass Man Playing Pokemon

Been a while (exactly one month!) since I posted last. I’m working on that. No one actually reads this though so I’m really only disappointing myself. The worst kind of disappointment. I mentioned a few weeks ago how obsessed I’ve been with my 3DS, and following the final […]

I’ve been trying to post more for a few weeks now, but between being unable to get myself to finish my previous Banjo-Tooie article (so, in exactly the same way it was difficult to fucking finish the game in the first place) and what I’m writing about today, it’s […] 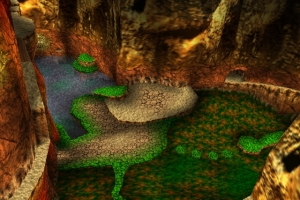 A Few Words About Banjo-Tooie

In my never-ending crusade to take out a large backlog of video games, I recently moved on to the Nintendo 64, a system that admittedly didn’t age too well, but then again still was pretty playable. I splurged $20 on a used controller because all of mine evidently grew […]

A Few Words About a Few Zelda Games

Zelda games are basically drugs to me. I don’t know what it is about them exactly but they bring me right back to my younger years. It’s easy to get overwhelmed as a kid with so much free time and so many video games to choose from: this is still […]

I’ve Just About Had it with Your Gimmicks, Nintendo

It was a chilly night on November 18th, back in 2006, where money was tight and time was in glorious abundance. Essentially the inverse of where I find myself in 2015, depending on paycheck proximity. I should clarify that it was slightly more chilly than normal, as I was sitting […]