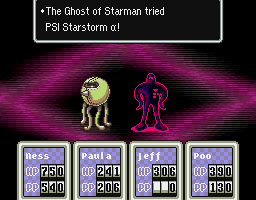 Nearing the End of Earthbound! Some Thoughts on End-Game

Following my 3 hour marathon completion of Pokemon Yellow of which I barely scraped by, I quickly switched gears back to Earthbound and decided I would wrap this one up next. Earthbound and Xenoblade Chronicles are so vastly different in terms of playstyle that I was having trouble bouncing […] 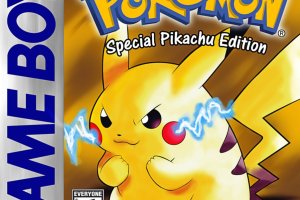 I’m seven minutes away from the time I need to go to sleep if I want to successfully catch the earlier bus to work tomorrow, but the excitement is real over here, people. I need to get this all out. Maybe it was the media attention surrounding the release of Pokemon […]

Score! I was a big fan of the first installment of New Super Mario Bros. It was a nice, welcome change to the franchise that felt very fresh, on all fronts. From the upbeat music to the updated happy factor in the game, I enjoyed it and have replayed it several […]

The Marketing Potential in Pokemon Go

It shouldn’t come to any surprise that the long term plans of Pokemon Go involve a large amount of advertising, what with more than 7.5 million downloads and a presence on a more-than-respectable percentage of devices. I remember long ago, the first time I ever heard of virtual reality, and especially […]

It’s Already Been Another Month? June in Review!

With Pokemon Go dominating every conversation, the entire world, and basically the whole human race the past couple of days, it’s required actual focused effort to remember what we all did before That Thursday.

While the Nintendo servers are down, I recount my first day playing around with Nintendo’s new mobile game. 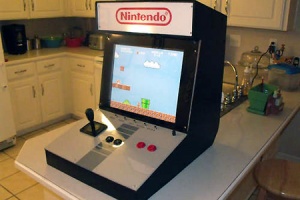 Adventures in Game Emulation with a Raspberry Pi! Part 1

To be honest, I’m not quite sure how I ended up becoming obsessed with the Raspberry Pi over the past two weeks, but let’s just say, I’ve been busy. I have a confession: I love playing classic video games and I mostly dislike the concept of playing new […]