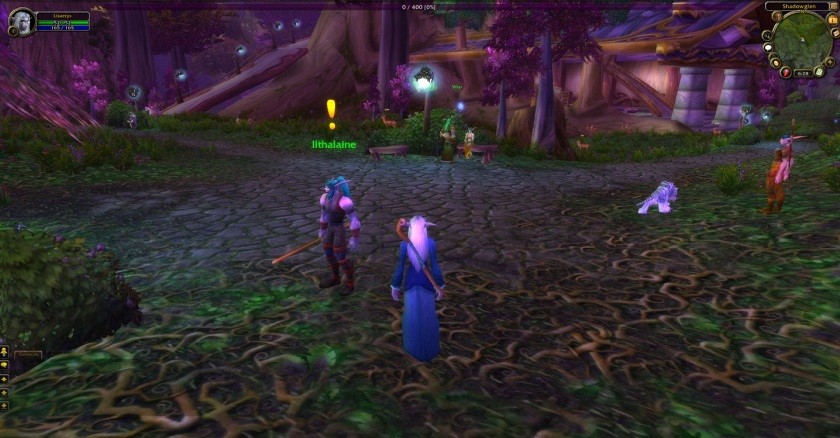 UPDATE 1/10/18 – I was recently able to find my FFXIV page for my character! You can see all of my (aged) gear bought with many, many Allagan Tomes of Philosophy resulting from many, many dungeon runs for hours on end. Check out my character page here!

Most gamers have made the tragic mistake of getting involved with an MMO. Heck, the way I speak about them now is probably similar to how I would reminisce about the “good ol’ drinking days” if I were a regular at AA meetings, as the addiction can be very, very real. These are games that, after all, are engineered to never have a true ending, sporting virtually limitless upgrades you can make to your characters, dungeons to raid, and in essence, “stuff” to do, literally until the Sun dies out and we all perish. Or until you forget to eat for a few weeks and everything works itself out naturally.

Today I’m here to ramble on a bit because over some light conversation on the Twittersphere, I learned from none other than CheapBossAttack that Blizzard will be running an official vanilla server dubbed World of Warcraft Classic, that will feature the original, unpatched Azeroth for players to officially enjoy!

When WoW Classic launches, you can bet I'll be rolling a male Undead Warlock.

Now I did not catch wind of this somehow, which shows that a) I would not be a good gaming news guy, and b) I need to branch out of my Nintendo and Vita tendencies a bit. It also doesn’t really involve me at all, as I’ve learned my lesson regarding MMORPGs like so many of you have that managed to escape.

The funny thing about myself and MMORPGs is that I really appreciate them, the sheer volume of manpower that goes into building these incredible worlds and experiences is on such a high level for me – speaking as a developer, I truly cannot comprehend how a company organizes and designs this level of content. THAT part truly blows my mind. Moving past that however, I think that at their core, they are designed to be addictive, and if you have the time to get involved in an experience like an MMORPG, more power to you. I, on the other hand, will tuck my man-parts between my legs, and run in the other direction.

Am I afraid of MMORPGs? Not at all – in fact, hands-down, some of my fondest gaming memories come from the meager two MMORPGs that I was ever involved in. Furthermore, whenever I stumble upon something World of Warcraft-related, I cannot help but go on a binge on YouTube of raids of late-game bosses, just ogling the precision gameplay – each player a link in a gigantic chain, where all it takes is a single chink in the armor, and the whole raid will go down in flames. The tremendous amount of work it would take to organize these runs, equip the whole group, set up TeamSpeak or Vent or Roger Wilco or whatever protocol we used back in 2004.

Yes, World of Warcraft and MMORPGs in general are a very nostalgia-inducing topic for me. You could even say… my nostalgia gets triggered!

The thing about World of Warcraft is that it’s a very nostalgia-inducing topic for many, but particularly for those who played during the “Vanilla” years – vanilla meaning before Burning Crusade, the first large content update, was released. To this day, whenever someone mentions World of Warcraft, I can talk about my experiences with it for hours with a level of longing fondness normally reserved for games like Ocarina of Time or Super Mario 64. Unfortunately Twitter is not well-equipped for long, in-depth conversations, so I decided this needed to be put here.

When you first start World of Warcraft, you are a small fish in a massive sea. You run around, kill things, perform fetch quests, and level up. But most importantly, you partake in the environment. You meet people doing the same things, you would help them, and then they’d help you. It was truly an experience unlike anything I’d ever had at that point. I actually remember introducing yourself to someone online, and knowing people beyond the avatar. It was an amazing time for gaming – remember, we’re looking back at a landscape changing game that first launched in the practical ancient history of 2004. The people who you played with, that you ran dungeons and raided with, they were very rarely randoms. They all had people attached to them, which is something I think most MMORPGs lack today.

Weirdly, looking back, I never actually was a big fan of the end-game content. Nothing more than 10 man, and I still only ever did that a handful of times. What I loved doing was helping the younger players, giving them advice, hanging out and chatting in Ironforge, and finding new animals to train as my pet. It was social media, before social media took over the whole world!

In fact, one of my fondest gaming memories is wandering around in Winterspring with a friend I met online. He was also a Night Elf Hunter, and we would search around in Winterspring, chatting while killing bears and looking for the rarest Saber that you could have as a pet. I believe this was the saber, but as this was over a decade ago, it’s a little hard to remember.

There’s also something to be said for the Auction House. The Auction House was a very interesting part of World of Warcraft, as new patches and craftable items introduced into the game meant that certain items that were once worthless were now highly sought after. That random thing you had stacks of that were once worth pennies could now pull several gold per. It was like a microcosm of the actual stock market, and boy was it a treat to take control of a commodity before spiking the price!

While I adored my time in World of Warcraft, I quit mere weeks after the release of Burning Crusade because the magic was lost for me. At this point I had only been playing WoW for around 9 months, but the tone suddenly changed in the game. No longer did it become about the journey to the new level cap of 70, but it became purely about rushing through to the destination so you could the new dungeons. To me, it just wasn’t the same vibe anymore. The community changed, as they often do after a “honeymoon period” of a game launch, and no longer was the game about helping your fellow player – it became oddly self-serving and lacked the personality it once had.

I distinctly remember a conversation I had while waiting in line outside a GameStop, awaiting the midnight release of Burning Crusade

Now I’ve spoken a lot about my time exploring Azeroth, but I haven’t brought up the other MMORPG that pulled me in many, many years later.

Following the abrupt ending of my World of Warcraft career, I experimented with several other MMORPGs. None of them ever “got it right” in my opinion – that opinion being based on the fact that I didn’t immediately get heavily addicted to them like I did with WoW – and so, I sunk back into the simpler, single-player adventures, mostly in the vein of open-world games like Fallout and The Elder Scrolls.

That was until two buddies of mine entered a beta to play in the reboot of Final Fantasy XIV Online, dubbed A Realm Reborn. Eager to get into a fun game as I was in a bit of a lull. I’ll mention now that I was not currently in a relationship and I was working my ass off, making money to pay off my student loans – money was tight and time was aplenty. To be honest, I was probably at my most vulnerable for a fresh new addiction!

The thing about FFXIV: ARR as irritating as that acronym is to type, is that they made the beginning elements of the game so perfect as to suck you into the Final Fantasy universe, that it mixed perfectly with my nostalgia of playing Final Fantasy as a kid, and the convenient fact that I had just finished Final Fantasy VII after about a decade of numerous failed attempts.

This is like handing someone a literal barrel of the smoothest single malt scotch in Scotland, a month after they swore off cheap beer. FFXIV: ARR played like a 10,000x enhanced version of all my fondest memories in Final Fantasy games.

If you’re not familiar with the game, there are elements pulled from the entire series and placed all over the world. Characters, enemies, NPCs, bosses, chocobos, you name it – it’s a huge fan service project that just made you want to never stop playing. It was all of the universes of Final Fantasy – materialized into a single massive world.

Furthermore, they figured out ways to make things like crafting enjoyable! Here I was, working during the day, getting home and working out, and then playing for 4-5 hours a night. Crafting and leveling up and selling my products on the Auction House – I mentioned how much I loved selling things on the Auction House in WoW! – and you could actually have a decent career being a craftsman. While WoW was all about the battles, FFXIV: ARR made it about the lifestyle living in a Final Fantasy-themed world. The battles and dungeons were all a part of it too, but living out the life of an inhabitant and the flexibility it gave each player made it feel that much more rewarding to play.

To this day, as far as I know, the game still attracts a much older player demographic, due to the simple fact that it’s a much more complex game to get into. While other MMORPGs such as World of Warcraft were now filled with “young kids,” FFXIV: ARR was the place to go to join mature groups of people with normal lives and families, and have fun working with each other without needing 15 straight hours of free time every day. It really was the missing link and the balance that knocked WoW out of my good graces. 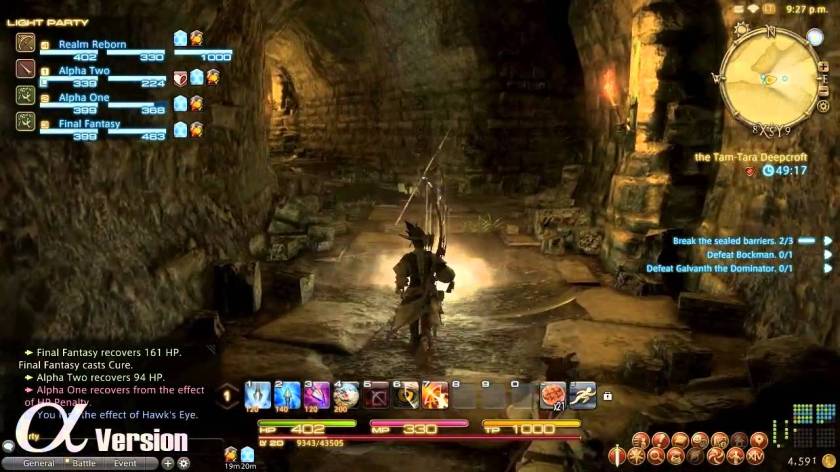 I spent probably 9 months and god knows how many thousands of hours playing FFXIV: ARR, but ultimately I realized it just required too much time for what amounted to lackluster end-game content. I had “beaten” the game in my mind and was simply maxing out my daily allotment of “tomes,” the in-game currency acquired from beating the same boring-ass dungeons day in and day out, to be used to get more gear. This gear allowed you to… do the exact same thing with a different dungeon.

But again – this is was killed WoW for me. The end-game content always turned into work. The reason I’ll never play another MMORPG is because the destination is never as rewarding as the journey to me. It turns into a race to the finish line, but once you get to the finish line, there’s nothing to do but stand around and talk about the “good ol’ days” racing.

While tons of people will hopefully have a great time enjoying vanilla Azeroth in World of Warcraft Classic, and dropping FATE bosses in Final Fantasy XIV: A Realm Reborn, I’ll be staying cozy with the amazing memories I have. 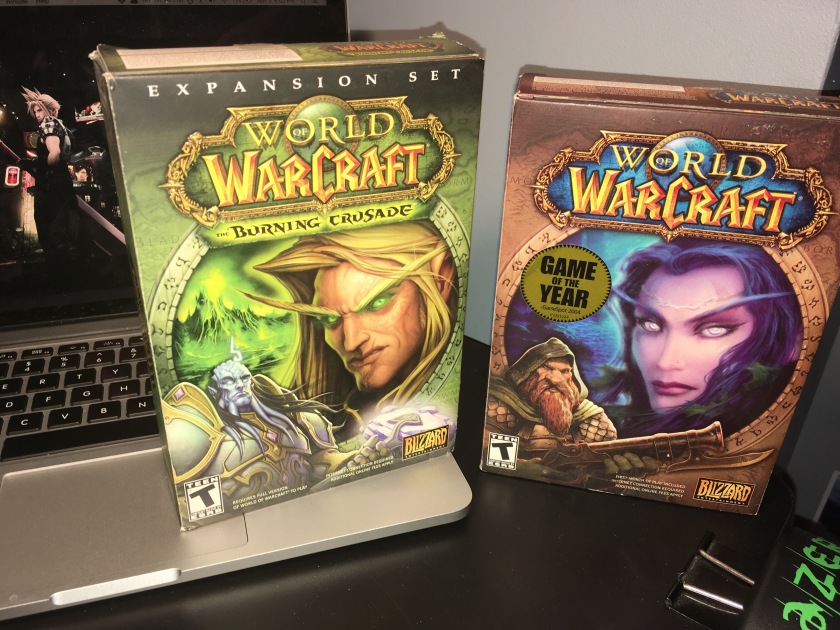 Are you currently playing any MMORPGs? Did you play vanilla WoW back in the day? I’d love to hear about your fond memories (or horror stories!)! Let me know down in the those comments!