I just completed Ys Seven on the PSP! How did it stack up?

What Makes You Aim For 100% Game Completion?

Gamers are a strange group of people. Music collectors don’t subject themselves to music they don’t like for hours on end, just to be able to tell people that they did. Cinephiles don’t watch dozens of hours of films they’re not enjoying just to say that they’ve “gotten […]

Thoughts and Favorites from the Nintendo Direct

Well, it came and went, as Nintendo managed to sneak a mini-direct out ninja-style at some crazy hour of the morning. In fact, when I received word that it had been streamed, I immediately dismissed it as yet another hoax due to the hour it “allegedly” streamed. Didn’t […]

Planning out the Entire Year of Gaming 2017

In this day of pre-order bonuses and looking forward to games months before release, it’s relatively simple to set yourself up for practically the whole year, all at one time. I was looking ahead into my gaming plans, and I thought, “I have so many games pre-ordered for […]

“More People Need to Play Ys”, and Other Things I Read In A Fortune Cookie Once

Earlier this week, LimitedRunGames made several announcements regarding their upcoming releases. In case you’re unaware, LimitedRunGames is a small operation that makes a single print run of indie games, or otherwise digital-only games, that are available for a very short period of time, never to be reprinted again. […] 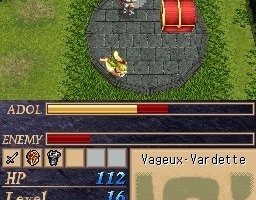 After finishing Ys: Memories of Celceta on my Vita a few months back and loving every second of it, I went on a hunt for all the Ys games I could find. It got a little crazy, but among my $50 in purchases was Legacy of Ys: Book […]

This year has been very good to me in terms of action-RPGs, and this one is no different. I got hooked pretty hard on Dark Cloud 2 earlier in the year, and at that point I would have called it my Game of the Year, but after finishing my […]